Why do Russians buy luxury?

Russia is among the biggest markets in terms of luxury consumption. Explaining this phenomenon with the number of billionaires would be an oversimplification. Although it appeared with capitalism, one needs to study the history of Russia to understand the reasons.

Luxury consumption actually started in Soviet Union (SU). While everyone had to buy the same products, a limited group of people, connected to the communist party (nomenclature) who were “more even” than the others, could access luxury products. While the norm was to be modest and avoid show-off, this minority wore expensive fur  coats, jewelry and drove expensive cars. In contrast, 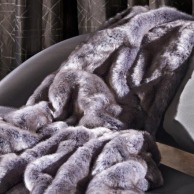 average citizens were struggling with the deficit on one-type consumer products, due to centrally run economy. In 1991, with the collapse of the SU and the wild transition to capitalism, income inequality, number of ultra rich and poor exploded, while the western products flooded the country. After years of deficit, the rich and the ultra rich, who emerged out of privatization chaos, heavily spent on luxury to differentiate themselves from the others. The country, where the modesty was a national virtue, turned into motherland of show-off culture.

That said, since 1991, 20 years has passed and luxury consumption in Russia continues to grow full speed despite a hick-up in 2008. Why? Because the drivers of the luxury consumption are not limited to show-off culture. Although the per capita income of the Russians are not very high, due to lack of debt, disposable income is a big part of their total income. The “10 year mortgage” term is just entering the Russian jargon, as they used to acquire their homes from the government through privatization. In addition, credit card usage is way below the western countries. In other words, Russians, do not live through the big debt phenomenon which is common in developed economies. Russians find relief in luxury consumption with their disposable income, despite lower level of their absolute total income when compared to average Americans as they do not have the burden of 35 year mortgage, college fund, health care spending

Another reason for not saving money in general is the generous pension system which is a heritage of SU. Universal healthcare, and pension salaries that were up to 80% of the last salary create a big security for retired people despite creating a huge burden on the federal budget. While the pension system is not as generous as in the past, today’s adults are the children of the generation which did not save money due to their trust in the pension system. It is an undeniable fact that the current adult population who make majority of the spending, did not learn how to save money from their parents, because this sort of social behavior does not change over one generation. And why would they every save money in the first place? Russians have seen their savings evaporate 3 times in the past 20 years due to 3 big economic crises. A popular proverb among the Russians summarize it well: “If you want to make god laugh, tell him about your plans”. In the land of dilemma, Russians are fatalistic but not religious. This contributes to their motivation to live the moment.

But how long will this last? Can we expect a normalization in Russia, the biggest luxury market in the world? While it is easy to beat around the bush on this question, having done the right socio-economic and psychological analyses, we can confidently predict the luxury consumption culture will continue quite a while. The golden group of luxury consumption is 40-50 years old. So, what is the 40-50 year old generation of next 20 years, doing today? This generation is 20 years old, and goes to university with 60% probability. At class, they see few of their friends are driving the brand new Porsche or BMW. They aspire to luxury consumption of ultra rich and find it a must-have to own smart phones and tablets, paid by the middle class salaries of their parents, fueled by the petrol economy. Which fur coat or car do you think they will buy when they come to the peak of their careers in 20 years, as they grow old aspiring to others?

It is not difficult to predict the future of luxury in Russia unless income inequality is solved and broad based reforms that trigger educational cultural acceleration are started. At least one more generation will grow in luxury, whether they buy or not.